Home / News / Self Raising Morale In The Emergency Services

Self Raising Morale In The Emergency Services

Please see our new range of Physiotherapy Services here to find out how we can support you.

An Emergency Care Assistant is going above and beyond the call of duty to improve mental wellness for himself and others by baking regularly to lift the spirits of more than 400 staff at CIPHER medical in Stockton on Tees.

Mark Stowell, 42 from Great Ayton, is a front of line Emergency Care Assistant dealing with emergency situations and critical care requirements on a daily basis. From his own experiences, he understands the burden this places on the mental welfare of staff and how traumatic situations can have an affect on people, at that time, and into the future.

Highly trained and experienced emergency ambulance crews are not immune to this.

Mark started the baking sessions during the Coronavirus pandemic. He baked for family and friends and saw the positive effect the treats had on people.

“We live in a whirlwind world which for the last few years has seemed full of misery and problems. The Covid Lockdown allowed me a little time to pause and reflect. I have always enjoyed baking but didn’t realise how important it was to me and others until I focussed energy on this with a desire to lift people’s spirits.”

In 2008 Mark was affected by the loss of his brother to cancer. A small seed was planted during this time that would grow into a desire to help others, beginning initially with teaching and then progressing into emergency health care.

This represented a significant change in direction following a career in the gas industry after qualifying for a BSc Hons degree in Environmental Analysis at Huddersfield University. He enjoyed a successful globetrotting career working in UAE & Dubai as well the UK, then retrained as a primary school teacher in 2012, leaving in 2017 to spend more time with family.

Mark has been with CIPHER for nearly two years. He found his ‘calling’ following a re-training programme through the Qualsafe First Response Qualification Framework and is working towards becoming a fully qualified paramedic.

“I have always had an interest in first aid and the care industry. I love my job and I can’t see myself doing anything else now. In hindsight, I should have done this 20 years ago. We make a difference in people’s lives and the team around us changes ours too.

“I have had a huge amount of support from CIPHER to get to where I am and I am extremely grateful to Andy (Thomas) and the team. It is like one big family. I have the pleasure of working alongside some truly amazing people, and baking is a way I can show my gratitude.”

The loss of Mark’s brother in 2008 left a scar that will never fully heal and the family suffered again in September of 2022 losing his father to a persistent respiratory illness which resulted in a major bleed on the brain.

The irony of dealing with death on a near daily basis and having to maintain a resilient surface can often trigger mental struggles, especially when suffering personal anguish and loss. Mark recognised this in himself and he understood that others may also be struggling.

In the UK around 1 in 4 people will suffer a mental illness each year. Approximatley 1 in 6 report a common mental health problem such as anxiety and depression in any given week.

Following popular reviews from friends and family, Mark decided to bring his patisserie delights into work for his colleagues at CIPHER Medical. CIPHER employ more than 400 medical staff and operate more than 45 ambulances which support the Ambulance Service and NHS throughout Teesside, the wider North East and Yorkshire.

The baking presented an important coping mechanism for himself, in addition to helping others. The treats were not only enjoyable and well received, but also brought people together, allowed opportunities to discuss problems, air struggles, or simply enjoy a moment.

It shouldn’t be understated how important that little talk over a tasty treat was to a person that really needed that moment.

“We are all human. As ambulance crews we see trauma on a daily basis. We are in many ways de-sensitised to the events that go on around us, but that is not to say it doesn’t affect us. We are normal people doing a difficult job. We endure all the stresses of normal life, so this is a way to help lift spirits.

“It is also really therapeutic to me personally.” Continued Mark.

The response was incredible, not only in the taste and positive reviews but also staff morale as indicated by CIPHER CEO & Consultant Paramedic Andy Thomas, who said:

“Mark is a well-respected and liked member of our emergency ambulance operations team. We operate in an intense and high-pressure environment along side our hard working NHS colleagues, and this can often take its toll. We all have good and bad days and it’s important to have something positive to focus on, or distract us, even just momentarily.

“As with Mark, when things happen in life that can affect us, it’s important to find ways to improve our situation. This is not easy, but Mark’s baking has had a remarkable effect on his own mental health as well as significantly improving the morale of his colleagues.

“He won most valued team member at our 2022 staff awards, which was voted by his colleagues; a true sign of the impact he has had on team morale, health and well being.

“He is a great guy, and I can also confirm the goodies taste amazing!” 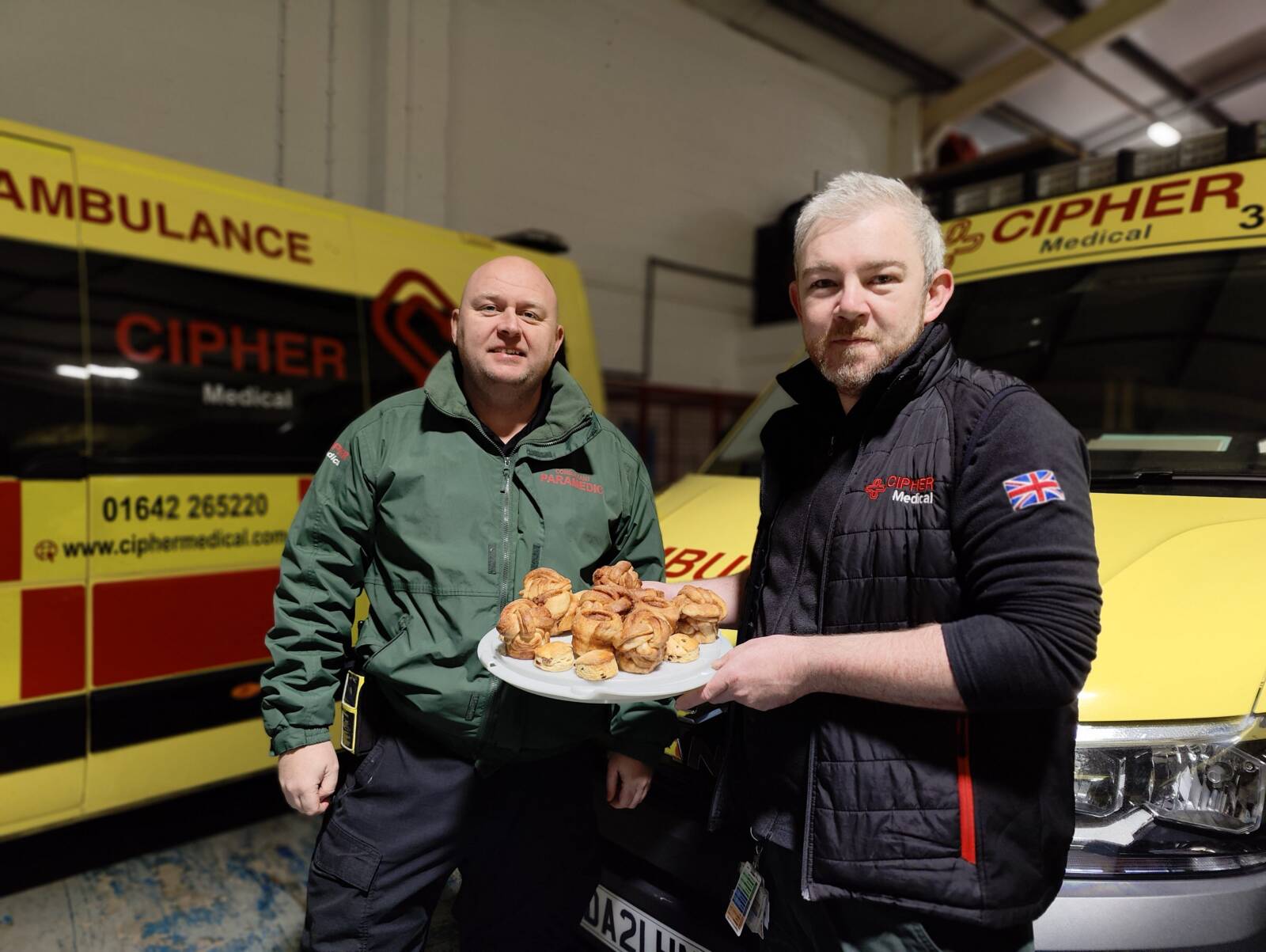 After a 40 year journey, Mark is embracing his new career path, his baking and his newfound purpose to lift spirits, adding:

“Baking is very therapeutic and grounding. You need to focus on what you’re doing and everything else blends into the background. You get lost in the ingredients, textures, smells and sounds of what you are involved in.

“The delight in what can be made from such simple ingredients that were hand mixed the same, thousands of years previous is very satisfying.

“Bringing joy to people when they see, smell and taste what you’ve made, and bringing people together is what it is all about.”

Mental health will affect more than 1 in 4 people. If you are suffering in silence, please speak to a colleague, a friend or if you prefer an anonymous call to the Good Samaritans on 116 123 from any phone. 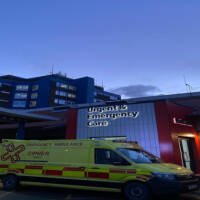 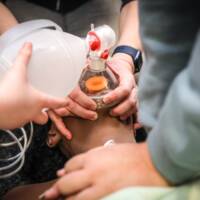 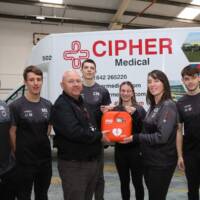 Our services can be tailored to your requirements, why not get in touch with our team to see how we can help you for all your clinical care needs.

Call us today on 01642 265220
Email us at info@ciphermedical.com
Already know your requirements? Make an enquiry